The market saw over 340,000 NFT buyers as crypto rallied 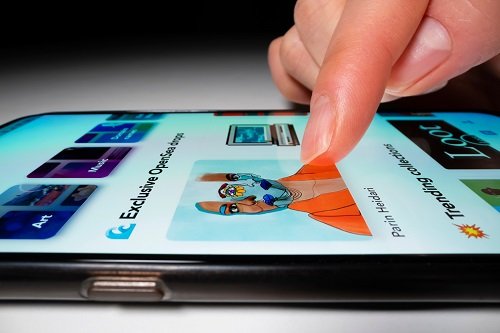 A non-fungible token (NFTs) According to last week’s data, the market attracted 348,426 buyers, an increase of about 41% over the previous week.

According to the NFT data platform crypto slamabout 350,000 buyers, equivalent to 40.99% this week.

As of the morning of Tuesday, January 24, 2023, there were over 419,000 unique buyers year-to-date.Rise Matches Rally Across Cryptos With Volatility Pushing Up bitcoin price It crossed $23,000 for the first time since early November 2022, with Ethereum above $1,600.

In fact, Bitcoin’s price is currently up more than 7% over the past week, as CoinGecko data shows. Over the past two weeks, the value of the flagship cryptocurrency surged 35%.

Among the top blockchains with the most buyers in the 7-day timeframe, Ethereum tops with 146,380 (up 36%), while Solana tops with over 89,800 NFT buyers, up 73% over the past week and was second. Cardano is number 3 and BNB chain is number 7, but buyer participation has surged by 74%.

At the same time, global NFT sales volume increased by 5.4% over the past seven days, during which more than $244 million in NFTs were traded.

The highest turnover was on Ethereum at around $200 million. SolanaCardano, Immutable X, and Polygon occupy the top five as of January 24.

Among the top 10 are WAX Blockchain had the highest increase in NFT sales with an 82% increase. Meanwhile, Solana and BNB Chain posted the biggest declines in the past week as his NFT sales on those blockchains fell by 20% and 33% respectively.

Despite a slight drop in the metric compared to the previous week, the statistics show that the NFT market has seen trading volumes and buyer participation fluctuate in line with broader crypto market dynamics.