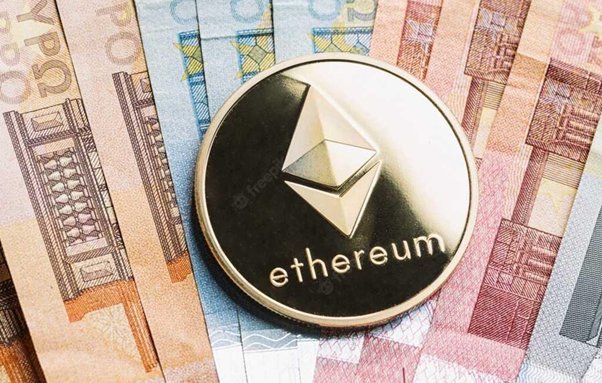 Bitcoin and Ethereum are the largest cryptocurrencies on the market, with over 20,000 cryptocurrencies available. However, according to Yahoo Finance, Ethereum could overtake Bitcoin with bespoke contracts, making it a more adaptable alternative to Bitcoin. But how does Ethereum compare to Bitcoin in terms of features, applications, etc.?

Bitcoin and Ethereum are fundamentally different. Because the former was created to enable decentralized finance. In contrast, the latter was created to enable apps and contracts. Ethereum allows payments using his ETH money inside, but its reach is much more important than Bitcoin by design. Both systems use blockchain technology to confirm and record transactions. Yet, due to the planned change in method, ethereum trading Affects speed, sustainability, and accessibility. The difference lies in what is known as the consensus mechanism.

Bitcoin employs a consensus system known as Proof of Work (PoW). This allows network nodes to agree on the status of all collected information and prevents certain types of network attacks. September 2022, Ethereum has switched to Proof of Stake (PoS), a series of interrelated advances that make Ethereum safer and longer lasting. Sharding is handled as part of the move to Proof of Stake to address scalability issues. This will continue to be discussed throughout 2023. Proof of Stake replaces mining with staking. This saves energy and replaces miners with validators.

Data ownership – Ethereum’s most prominent proponents believe that blockchain technology will be the foundation of an entirely new internet called Web 3.0 by experts. In principle, the new web will be decentralized, allowing people to take back ownership of their data and build organic online identities. This user-centric strategy encourages the formation of networks where individuals and businesses create products and services that benefit everyone. It will also end some of today’s more problematic Big Tech practices like data mining, suppressing certain political views, and manipulating user experience to create highly addictive platforms. Web 2.0 treats users as consumers or units, while Web 3.0 allows users to be individuals.

safety – Ethereum smart contracts utilize applications stored on the blockchain to negotiate and facilitate contracts. Blockchain provides a decentralized method for contract validation and enforcement. This decentralized nature makes fraud and censorship very difficult. Moreover, the sophisticated blockchain makes it much faster than Bitcoin, typically in seconds instead of minutes. These smart contracts are intended to increase security while reducing associated costs.

Ecosystem – In the real world, Ethereum is much more useful than Bitcoin. Being an open technology platform, developers can create products with real utility. For example, its smarthi contracts are widely used in decentralized exchanges and peer-to-peer cryptocurrency swaps. With all the apps and other protocols that run on top of the Ethereum blockchain, it has an ecosystem that Bitcoin doesn’t have.while you can wait Bitcoin price continues to risethe usefulness of the Ethereum ecosystem will likely drive up its value and price in the future.

There are advantages to using both Bitcoin and Ethereum. However, it can be argued that Ethereum is an overall better Bitcoin alternative as it has more use cases and serves a greater purpose than Bitcoin. It is clearly not intended to be a replacement for Bitcoin. Instead, sprint alongside it while pursuing another goal. However, it is almost certain that Ethereum will dominate the market, as it offers both smart contracts and wealth storage.